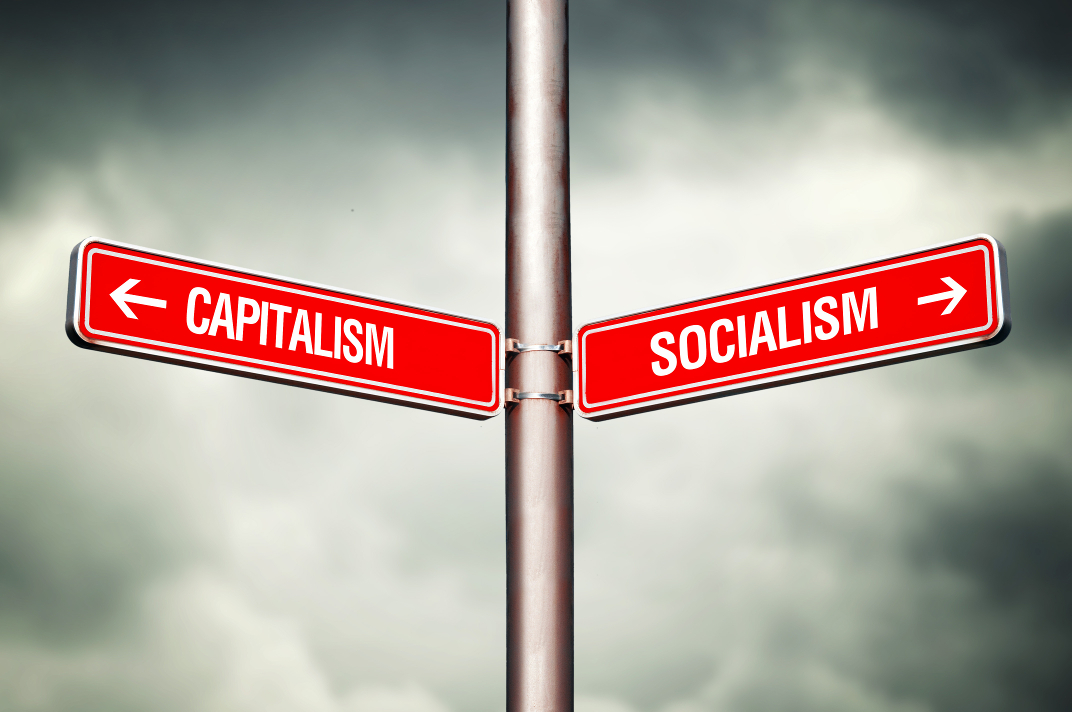 Marx and Engels saw socialism as the movement for a society that is based on the principles of equality, justice, and solidarity. They distinguish different types of socialism, of which communism is one, whereas reactionary socialism, bourgeois socialism, and critical-utopian socialism are others. Rosa Luxemburg summarises the history of socialism:

“Socialism goes back for thousands of years, as the ideal of a social order based on equality and the brotherhood of man, the ideal of a communistic society. With the first apostles of Christianity, various religious sects of the Middle Ages, and in the German peasants’ war, the socialist idea always glistened as the most radical expression of rage against the existing society. […] It was in the late eighteenth and early nineteenth century that the socialist idea first appeared with vigor and force […] the socialist idea was placed on a completely new footing by Marx and Engels. These two sought the basis for socialism not in moral repugnance towards the existing social order nor in cooking up all kinds of possible attractive and seductive projects, designed to smuggle in social equality within the present state. They turned to the investigation of the economic relationships of present-day society”.

Marx and Engels argue that socialism is grounded in the antagonistic class structure of capitalism that pits workers against capitalists. In the 19th century, the socialist movement experienced a split between reformist revisionists and revolutionary socialists. After the First World War, the Communist International and the Labour and Socialist International were created. After the collapse of the Second International, there was an institutional distinction between Socialists and Communists. Whereas reformism dominated the Socialist International, Stalinism became dominant in the Communist International. The notion of “socialism” became associated with social democratic parties and the notion of “communism” with communist parties. From a historical point of view, both Stalinism and revisionist social democracy have failed.

With the rise of neoliberalism, social democracy turned towards the right and increasingly adopted neoliberal policies. When Tony Blair became British Prime Minster in 1997, his neoliberal version of social democracy influenced social democracy around the world. The crisis of capitalism and the emergence of new versions of socialist politics (Bernie Sanders, Jeremy Corbyn, Alexandria Ocasio-Cortez, Podemos, Syriza, etc.) has reinvigorated the debate about socialism today.

In the intellectual realm, the socialist debate has e.g. resulted in the vision of the renewal of a class-struggle social democracy (by Jacobin-editor Bhaskar Sunkara in the book The Socialist Manifesto: The Case for Radical Politics in An Era of Extreme Inequality) or the vision of fully-automated luxury communism (formulated by Novara Media’s Aaron Bastani in the book Fully Automated Luxury Communism). Such contributions show that for a renewal of socialism, we need intellectual and theoretical foundations that inform class struggles in digital/communicative capitalism. There were earlier contributions to the discussion of computing and socialism, such as André Gorz’s notion of post-industrial socialism, Radovan Richta’s work on the role of the scientific and technological revolution for democratic communism, Autonomist Marxism’s readings of Marx’s “Fragment of Machines”, Fernando Flores’ and Stafford Beer’s roles in Chile’s Project Cybersyn during the Allende presidency, Norbert Wiener’s and Joseph Weizenbaum’s reflections on a humanistic instead of an imperialistic and instrumental use of cybernetics and computing, etc.

The special issue seeks contributions that address one or more of the following questions:

* History:
What lessons can we draw from the history of socialism, communism, social democracy and Marxist theory for the conceptualisation and praxis of digital/communicative socialism today?

Abstracts can be submitted per e-mail to christian.fuchs@triple-c.at, using the form published at
https://triple-c.at/files/journals/1/CfP_Form_Socialism.docx

Please do not make submissions that omit a completed form.

Feedback on acceptance/rejection will be provided at latest until July 31, 2019.
The deadline for the submission of accepted papers is October 13, 2019. The maximum length of full papers is 8,000 words. Articles should in the first stage of submission (October 13) not be longer than 7,000 words so that there is space for additions as part of the revision process.

All accepted articles will be peer-reviewed and published in a special issue of tripleC.

The special issue will be published open access. There are no APCs.